I decided to sign up  for the Panaga Triathlon as Bobby will be there as life saver and he encouraged me to participate. 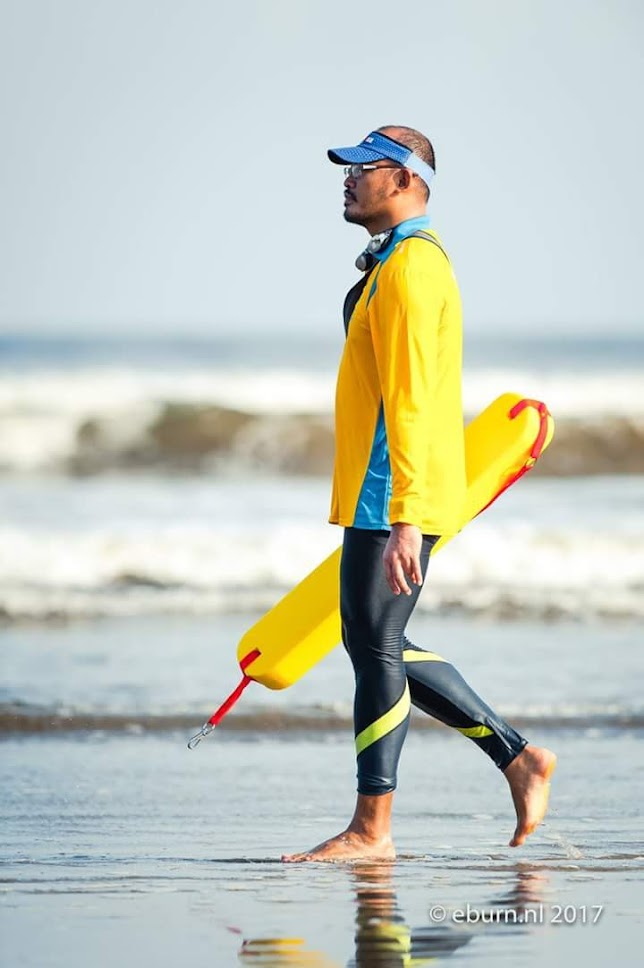 I had to consider how slow I was and I also didn’t want to finish late and so I signed for the sprint distance.

3 weeks prior to the event, I practiced open water swim at Berakas Beach and also Tungku Beach, I cycled twice and I took an easy walk instead of running.

A week before the event, I was just resting my body. I didn’t do much activities either.

The day before the event, I already made a plan to be home by 5pm because I wanted to be in bed by 6pm and slept at 7pm.

Since the event was at Panaga Seria, I wanted to be there by 6 am to collect my race pack. I planned to leave home at 4.30am and that means, I had to wake up at 3.30am to get ready.

Last time, when I was participating for another sprint triathlon, it was easy for me to sleep at 7pm the night before. Somehow I was struggling this time.

I had trouble sleeping because I was nervous about the event. Plus, my body had decided to release a lot of emotional baggage instead. I could barely sleep at all.  I probably had 1-2 hours sleep only.

The morning of the event, after I arrived at Panaga Club, I went straight to get my race pack. While I walking towards the hut where the organizer was, I saw the huge waves from a far.

I was so so surprised at the huge waves.

My thought was it shouldn’t have been a huge waves that morning because the night before was a full moon. Usually when there’s full moon during sunset or sunrise, the sea would usually be calm with low tide.

I have a good reason to be scared of the huge waves.

I’ve tried to swim in those condition before and I failed to get pass the waves. To be honest, I would rather run than swim in the ocean that morning.

Unfortunately, the organizer decided to continue the open water swim instead of replacing it with a pool swim or even with a run.

I decided to not use my swimming buoy because from my previous experience before, the buoy won’t help me much in those huge waves. In fact it becomes a hindrance.

Below is the video that I took of the ocean before we started the swim.

We all started when the organizer sounded the horn.

I braced myself as I got into the water. My focus was to swim and get passed the waves. 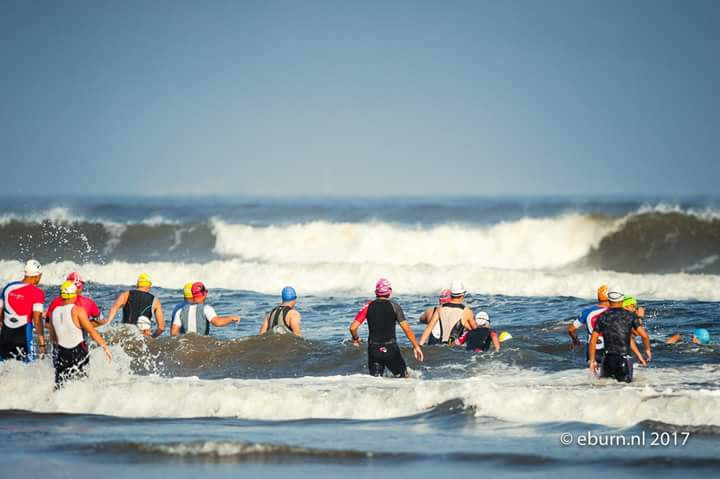 Fives minutes in the water and I was no where getting closer to passing the waves. Waves were crashing and to make the condition worst, the huge waves were close together. When waves crashed, I made sure that I went into the water and hold my breath. I could feel that I was pushed back by the waves. This happened several times and I could see that I wasn’t moving forward. All my efforts felt futile.

I started to feel tired and I felt very much that I was struggling. Right there and then I asked myself do I want to continue or do I want go back to shore.

I was accessing my own condition and considering how tired I was and I didn’t want to risk it, I decided to turn back.

I tried to swim back but I had to be cautious of the waves crashing behind and on top of me. At some point I almost tumbled like in a washing machine but realizing my mistake I quickly straighten my body. As I couldn’t held my breath frequently anymore, I managed to get my head above water to breath and I lifted my hand and waved. 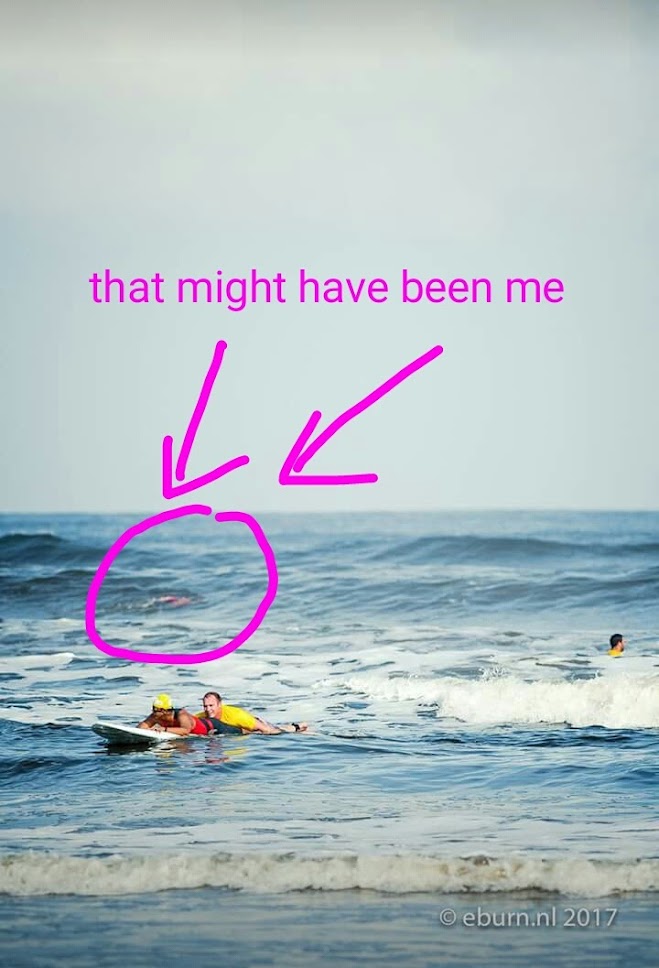 Thankfully someone saw me and I heard a shout. Someone came with a paddle board and asked me to hang on tight. I did although I felt like I didn’t have anymore energy in me. 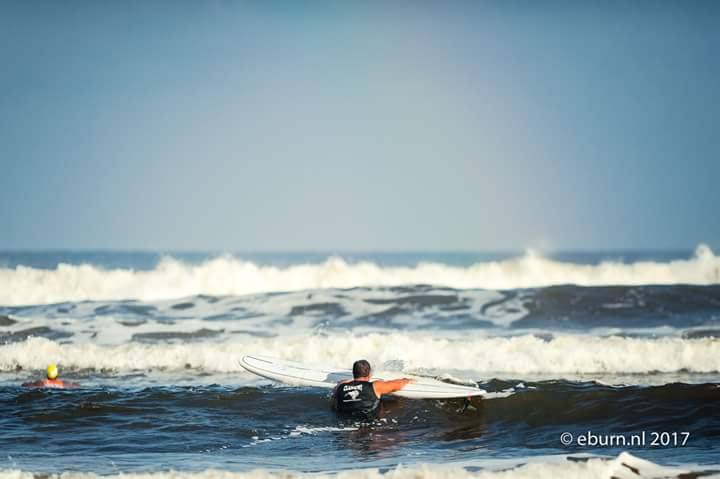 I was safely brought back to shore.

That open water swim was definitely one of the toughest that I’ve tried.

I asked if I was disqualified but was told I could continue to bike and run if I wanted to and I did. 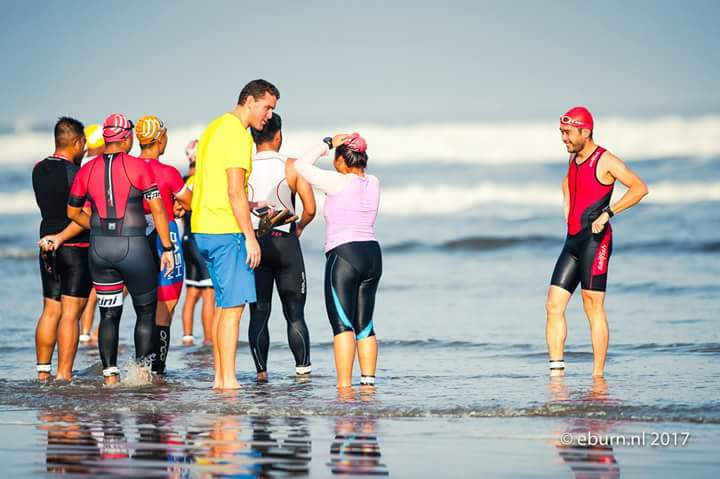 I was mostly bike and ran out of breath because I was tired from the swim.

My concern with the cycling route was that I had to cross several roundabouts. I had got to be extra vigilant.

However, I was pleasantly surprised when there was at least one police officer on every roundabouts and at important turns and junctions. Having their presence made the ride a lot smoother.

The run route was a short loop of 2.5km. Since I was doing a 5km run, I had to run twice through the same route.

Since I wasn’t familiar with the run route, route marshals were there to direct the participants.

I managed to finish in under 2 hours 30 minutes. I received a medal for it.

I can’t say that I completed the sprint distance because I didn’t swim the official 750m that day. However, I did complete the cycle and the run.

Bobby said I gotta practice to swim through rough waves and learn to get pass them, but I’m so not freaking ready to go through that again.

Images are by Ruben Bholasing

This site uses Akismet to reduce spam. Learn how your comment data is processed.

I help people with